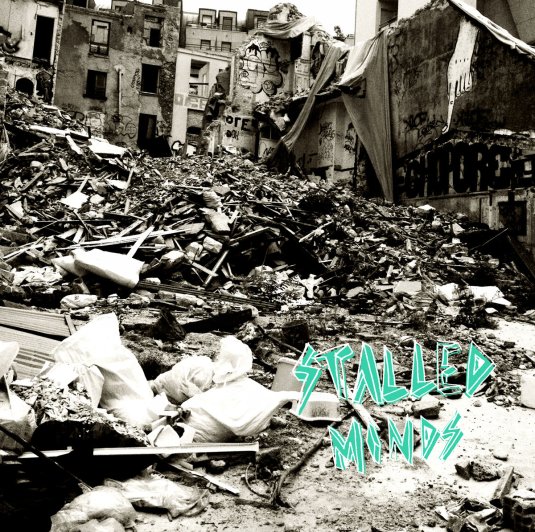 France is home to two of my great loves- Rimbaud and the Born Bad record store in Bastille. It is also home to exceptional musicians who have undoubtedly been an influence on the bands I listen to. Paris has an insanely great Punk scene. It’s enough to make you sack off all responsibilities and move there to really immerse yourself in it. Or you can live vicariously through others. It’s the cheaper option.

I’ve written about loads of bands from Paris over the past few years. I don’t seek them out on purpose, it just happens. Accidents are sometimes alright. One band I found today that have immediately won me over are Stalled Minds. Easily one of the loudest and best bands around right now- even though their self-titled release came out two years ago, they still have this exciting and new sound. They make you want to break stuff, they make you want to start a band that is part Bad Brains and part whatever the hell you want so long as it is loud. I’m currently writing this with my housemate’s cat on my bed. I’m looking after him until tomorrow evening, and he’s currently having another nap. Every so often he lets out a snore and I tell you what, he manages to fit it in time with the music. He’s got good taste.

Stalled Minds are the kind of band you want to join and trash basement bars with. You want to lob lukewarm beer over the crowd and go insane to their song, Shit City. They have this energy in their songs that you’ve never quite heard or felt before. They’re a band that you’ll wonder why on earth they aren’t huge, but you treasure them and play the music as loud as your ears can stand.

From what I’ve heard so far, and yes I am late to the party, I just absolutely love their sound. I love how the vocals are sometimes distorted. I love how furiously they play and how it feels like a collective riot. There is such a united sound, and I think that it is one of the many reasons why I love them and why they just sound so great. It’s an impeccable sound that they have crafted and they just sound so effortlessly cool.

A couple members of Stalled Minds are in the equally great Youth Avoiders. I’ll be writing about them real soon too. Both bands play with this infectious fury that sort of eases the mind but also unleashes everything you’ve pent up. Music should be a release, and Stalled Minds take good care of that notion.

If you’re looking for a band to blow your mind and eardrums then listen to Stalled Minds. Listen to them as loud as you can handle, then push yourself to go a little louder. They’ll make you want to start a band, they’ll make you want to go to every live show they ever do. But until you see them, you’ll imagine the show in your mind- covered in sweat and beer.