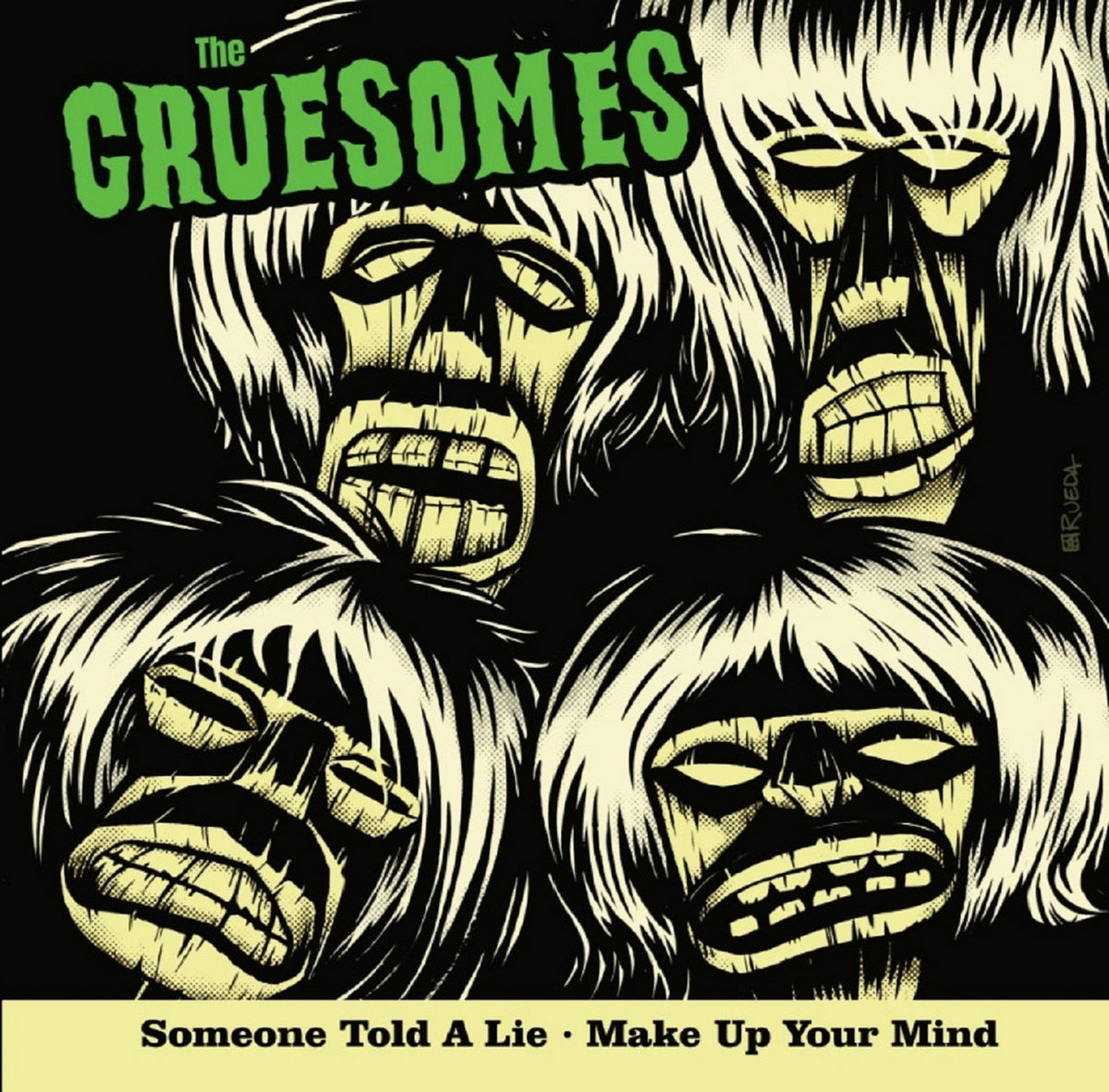 The coolest thing has happened- NEW MUSIC FROM THE GRUESOMES! Well, it isn’t exactly new music but it is two unpublished songs, and that’s enough for me. For now!

If you’ve had the misfortune of ever reading anything I’ve ever written, you’ll see that The Gruesomes are a band that I will mention at any given opportunity. I just idolise them- they’re everything I want from music and more, and these two new songs are just incredible. I’m not just saying this because I am obsessed with them but, okay, I’m probably saying this because I AM obsessed with them. And also, the songs are great. I’m getting the same feeling I did when I first heard them.

Also, another super cool thing about this release is that is comes with an 8-page comic. Could The Gruesomes get any cooler? Probably, but right now I’m just happy to have this.

First up we have the tougher than old leather boots song, Someone Told A Lie. It’s a typical sound of theirs, and it will just make you want to have it on repeat and as loud as you can handle. You’ll have hold of the lyrics in no time! It’s such a snarly based number, and it’s part of the reasons as to why I love the band. I love that snarly tone in the vocals and how it has this obnoxious snotty feel to it- a proper Punk-esque feel with all things I adore about Garage Rock. It has such a powerful sound that I just want to listen to over, and over again.

Then we have the second song; Make Up Your Mind. It sounds divine right after Someone Told A Lie. That guitar solo- my GOD that guitar solo! It just sets you off, and before you know it you’re in this trance, right in the groove of this beautiful song. It’s enough to make you cry over how amazing it is. The Gruesomes are one of, if not probably my favourite band of all time. Their sound is just heavenly to me, and these two songs are everything I could possibly want from a band that are such a massive part of my life.

The Gruesomes need to somehow find their way to the UK and play some shows. I would pay pretty much anything to see them- it’s that vital to me. I just love them, and I really do hope they do a tour. If not, then I’ll just have to keep on playing the records to death continuously.

Someone Told A Lie/Make Up Your Mind has been released via the Spanish label, KOTJ Records. Be quick though- there aren’t many copies left on their bandcamp page!

One thought on “THE GRUESOMES: Someone Told A Lie/Make Up Your Mind.”