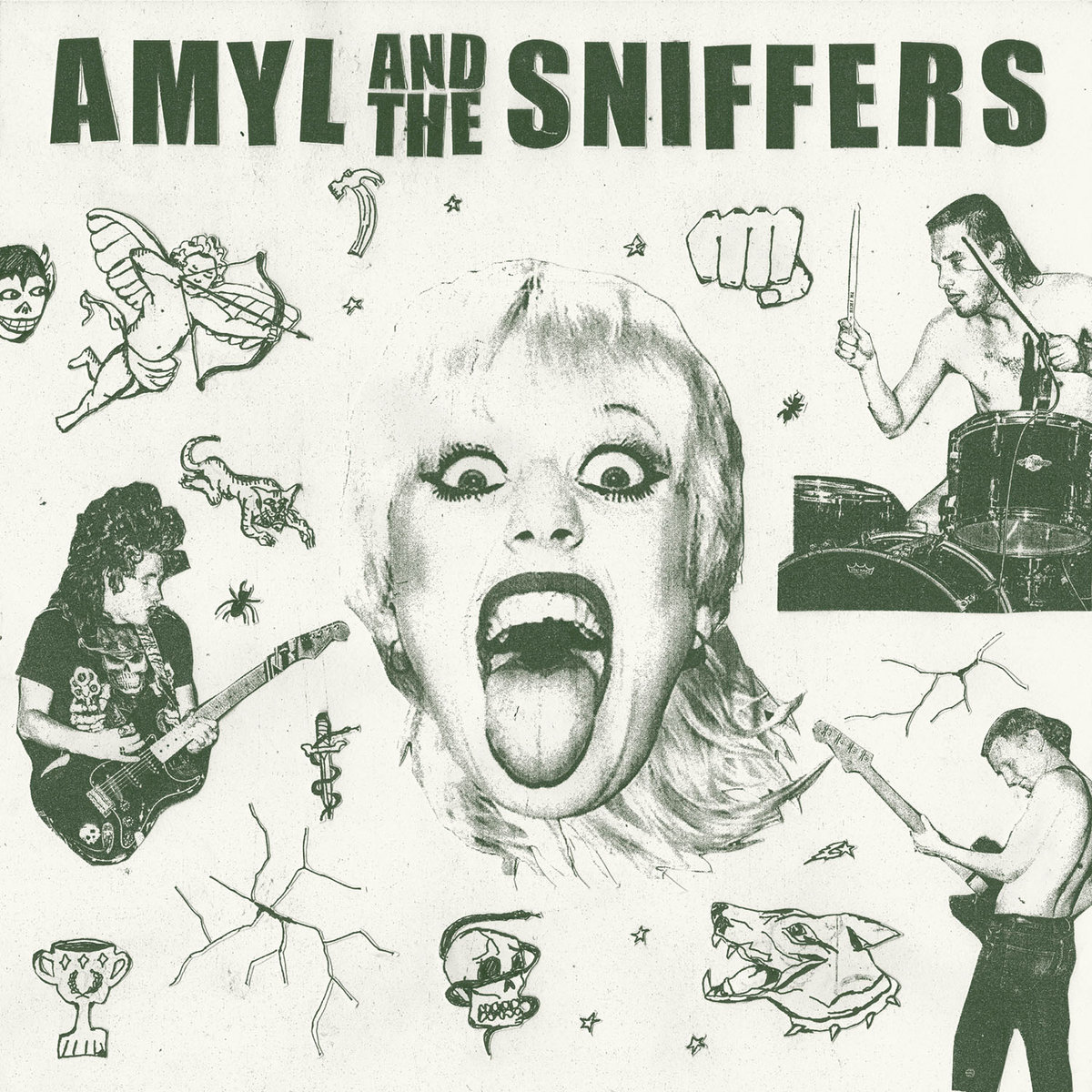 Everything I’m going to write about the best Punk band around has probably been said before. I’ve probably said it before, but when a band is THIS GREAT, it is totally okay to just keep on repeating yourself. Maybe others will catch on and see how amazing they are.

A couple months back I finally saw Amyl and The Sniffers live. The show left me a bit deaf, and emotionally charged. They’ve got the real and raw essence of Punk in them, and I honestly feel like this is how people felt when they first heard the Ramones when they came out. There is something about Amyl and The Sniffers that just gives you this indescribable energy. Part of you wants to smash shit up, the other part wants you to have someone smack you in the chops.

The new record is 11 songs that need to be played loud. Really, really loud. It’s the record you play when your neighbours are pissing you off, and you need something really powerful to shut them out. Every song on this record was made to be blasted out, and to give you this kick that you need.

Bryce is one of the most fascinating drummers around, and for me it’s the song  GFY that show us just how effortlessly brilliant he is. The speed of his drumming is equally, and perfectly matched with Dec. Angel sees Gus show us what he’s made of, and it also shows us a tender side of the band. You can really hear the hurt in Amy’s voice, but still leaves you fully aware that she is someone that you don’t fuck with.

When there is hype around a band/record, it is easy to be jaded about it and not expect a thing. But, with Amyl and The Sniffers- hype or no hype, they are just one of the greatest bands out there who leave you amazed that they are still so early in their career. The absolute urgency that is in their songs is perfect, and it hypes you up for their live shows. If you’ve seen them live, you’ll know what I mean.

Gacked on Anger is one of my favourites- especially lyrically. You can really feel the lyrics. Especially if you’re someone who has nothing, but still wants to help out. Control also has this real vulnerability to it also. That’s part of my love for the band. Sure the sound is rowdy, but there is this vulnerability in the lyrics and I guess that’s why the music hits you a bit harder than most.

There’s this beautiful youth within the songs, and it’s something that when you pick up on it- you cannot help but treasure it. It’s obvious on songs like Got You. Songs like Shake Ya are there for you to turn up a little louder than the others, and just totally lose your shit to. Punisha is also there is melt your face and blow you away. This just a phenomenal record. If you’re someone who looks for things wrong with a record because you find it too perfect, then sorry- you will not find a damn thing wrong with this record. Their bold and ferocious sound is so strong on their debut record, and they make you feel like they are right in front of you blasting out these songs.

As far as debut records go, you can put this right against some of the most influential and best records of all time. It’s a masterpiece, and an absolute joy to listen to. I am so excited to see what’s next for Amyl and The Sniffers because they really do deserve every ounce of praise that comes their way. The most exciting band around, for sure.