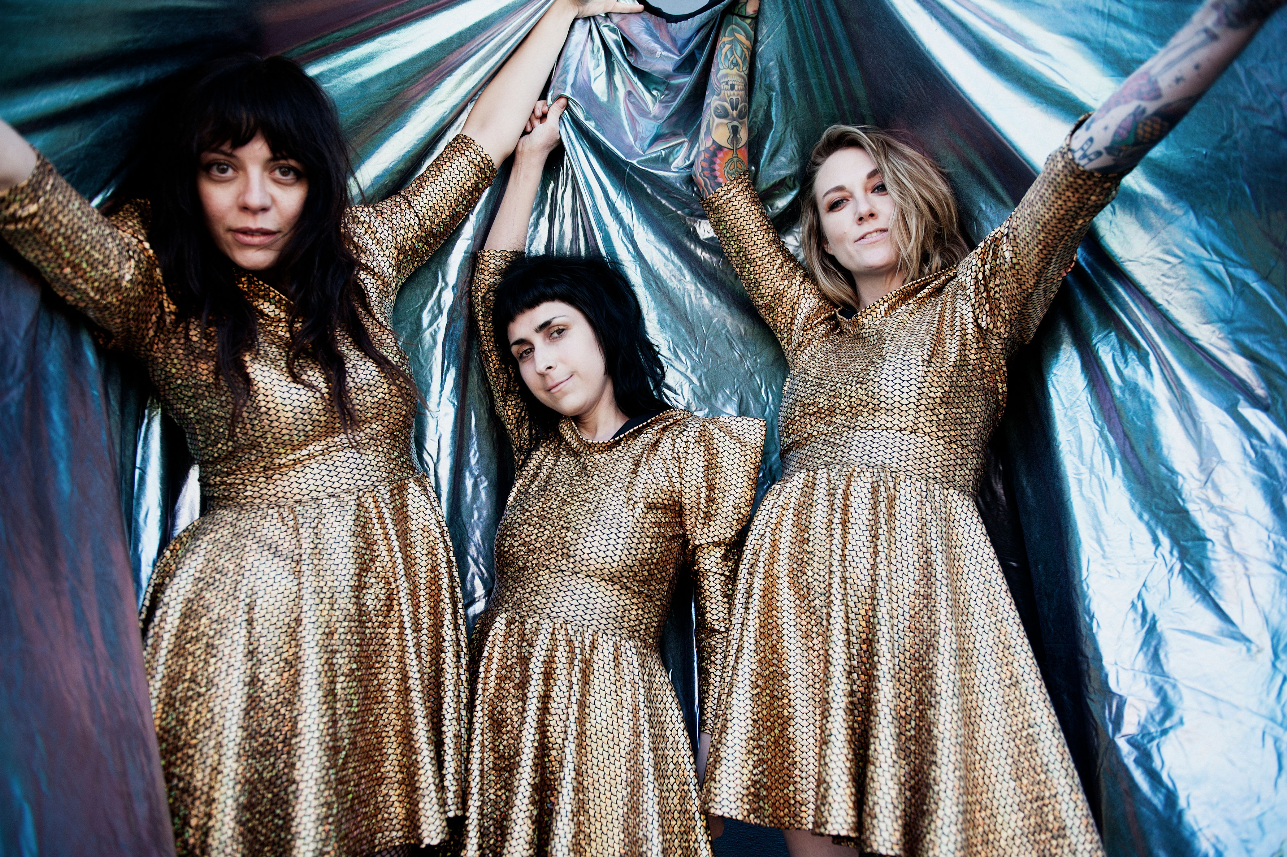 The Coathangers have been around for a hell of a long time, and it is no surprise that they are one of the best bands around- live and on record. Last night they played one of Manchester’s best venues, the Soup Kitchen. It was the perfect venue for this band. In a dark and sweaty basement was a lot of noise brewing and it was sublime.

The band are made up of three exceptional musicians who swap instruments for a couple of songs during the set- this alone sets them apart from others, and shows just how effortlessly brilliant they are. If you are wanting a solid Garage Rock sound mixed with something to straight up blow your mind, then you need to see The Coathangers live. There is something about their live shows that leaves you wanting more and more.

Something I really love about The Coathangers is that some of their songs have a relaxed feel to it, like Warpaint but then you’ve got those heavier songs like Crimson Telephone (which is amazing live) reminds me of LA Witch. What I’m getting at is, The Coathangers are a band that you’ve just got to invest in. Buy the records, go to their shows. There is something about their live shows that have a Bikini Kill feel to it- rowdy, inspiring and wonderful.

Personally, my favourite song to hear last night was Perfume. I just really, really love that song and it was just perfect to see live.

Meredith is such a mesmerising bass player. She’s got this effortlessly cool way of executing brutal basslines, especially on Stranger Danger. She just annihilates it. Julia is also hypnotic, she can sing soft and she can really hit you in the gut with her vocals. It is perfectly evened out with Stephanie’s vocals. Their vocals are opposite, and they work so well but it all comes together in unison on F The NRA, which is one of their most important songs. It’s a real gnarly Punk song that needs to be played and heard as loudly as possible. I love how hardly anyone had their phones out to record songs or take photos, everyone was just in the moment and it was truly beautiful to see.

With their sixth record released in March, it is safe to say that The Coathangers are exceptional, hard-working and one of the most exciting bands around. They play songs from most of their records, and everyone goes nuts for it. There is no denying how talented they are, and how loved they are. They are truly one of the most exciting bands around, and can still make you feel like you’re discovering them for the first time with every single listen.

It was an absolute honour and pleasure to finally see them live last night, and I doubt it’ll be my last time.