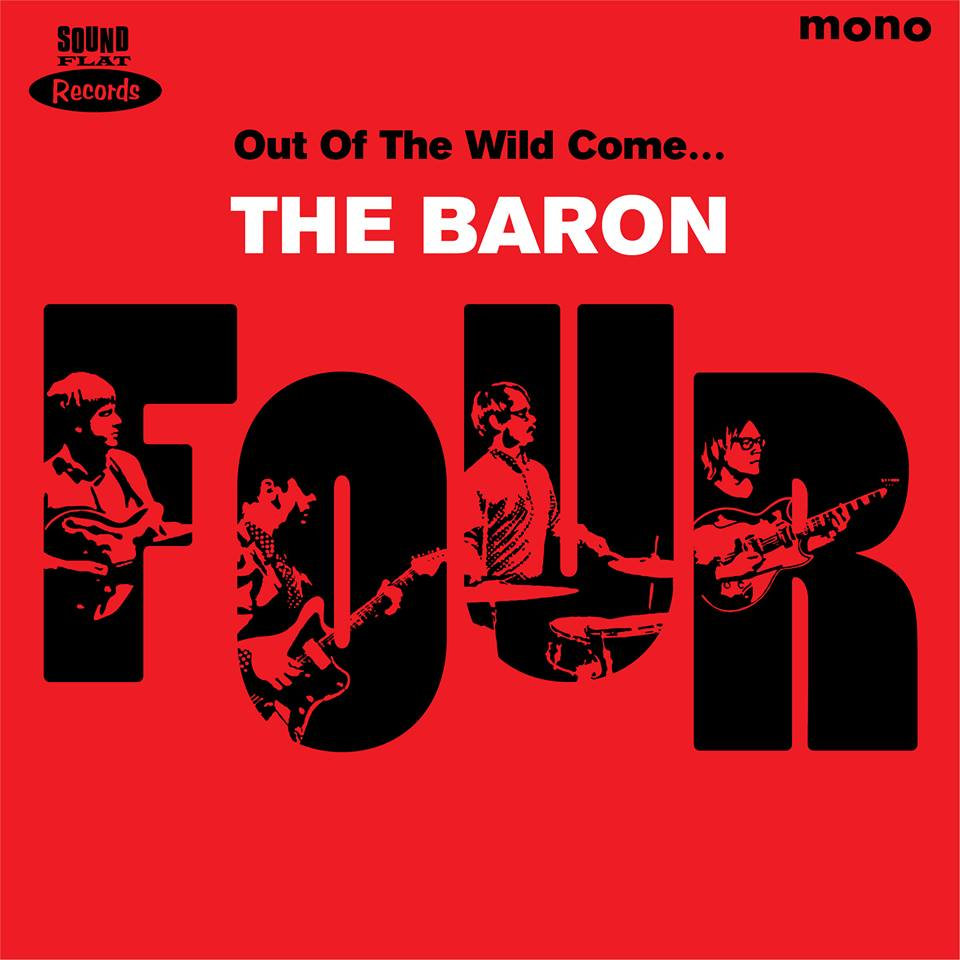 With daily/modern life being a general bore and about as challenging as a child’s wordsearch, I seem to always fall back on new(ish) bands that sound like something from the past. Maybe it’s a way of holding onto a time I was never there for, a time I wish I could have witnessed. It’s okay because at least there are bands around that make you feel as if you there, even if you are stuck in the now surrounded by people taking photos of themselves and getting in the way of beautiful scenery because they need you to tell them look gorgeous instead of where they are. People are becoming more and more boring. Hiding behind their phones because mouth and brain don’t match up. Give me some records, and I’ll be fine.

The Baron Four have been around for the past 3/4 years and are solid beat band. They’ve got bits of the Count Five and even The Kinks within their sound. I’m a fan of the Count Five in a big way so to hear a current band who make you feel as if you’re discovering the likes of The Vagrants and The Gruesomes for the first time is bloody good.

The Baron Four have brilliant songs that focus on a lot of heartbreak and how women can be cruel with hearts.. Their music is perfect for a break-up or for attempting to forget the face of someone you’re fond of, even if you’ve not told them. Beating yourself up over your timidness as they waltz off with another. We’ve all been there and we all deal with it differently. The Baron Four have this way of portraying heartbreak in an accessible way. You feel as if the songs are for you, even if you’ve not had your heart torn out in a while.

This UK band have a proper Garage Rock with some kind of freak-beat going on which makes them stand out from most. Their songs don’t really last longer than 3 and half minutes, just enough time for you to be thrown back to the 60s and forget where you are, and who you are. You can close your eyes whilst listening to them or you can dance as if you have no control over your limbs. They can make the lifeless feel something, and I’m just really in awe of how they’ve perfected an old sound but made it sound so current. I know that sounds borderline pretentious and I really don’t mean it that way. It’s just you see a lot of bands trying to do this, ripping off other bands and you’re left uneasy and unsure about it all, but with The Baron Four you can’t help but actually believe that this band were around in the 60s giving the others a real run for their money.

The Baron Four are a credit to the UK music scene and them not being huge is almost criminal. But those that love them know exactly how brilliant they are.

You can listen to their magnificent sounds here: