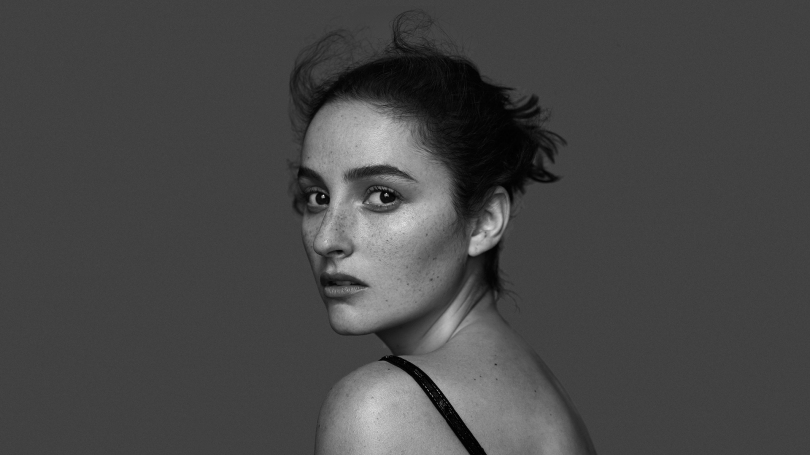 One of the best feelings you can experience is waiting years and years to see a band or singer you adore. Not only do you adore them, but they’ve undoubtedly saved your life and made it easy for you to face those days where getting out of bed seems damn near impossible. You’re not brave, but the music and words give you this strength that you never thought you could possess. You don’t know what to do with this strength, but when no one else is around at 3am when you wake yourself up from having a panic attack, the music keeps you safe. The music keeps you sane. You have a small support network but those people aren’t close by. You cling to what you can, when you can.

Since 2013 I’ve been obsessed with Banks. Her words got me through something that in some ways, I put myself through a few years before. A situation I was too immature and fucked up to handle. The songs on Goddess made me see how badly I had hurt someone I loved and adored. Fast forward a few years, and we’re together. The songs don’t hurt as much. We’ve both healed. Time can heal. Goddess is built on songs that ooze hurt and pain, but they give you strength. The Altar is a body of work that shows honesty and vulnerability in a way that again, gives strength. That’s what Banks embodies- strength and love for yourself. Her songs are a form of healing and clarity.

Her set opens with the chilling Poltergeist. Using two microphones to distort the vocals, Banks has this stage presence that hits you right away. The way she focuses on the dance routine during this song is nothing short of hypnotising. Your eyes are hooked on every mood she and her dancers make, and the songs suddenly take on a whole new meaning. Banks moves like nothing else I’ve ever seen. Her moves are so delicate and well thought out. She reminds me so much of Aaliyah with the way she carries herself and glides across the stage.

There are so many stand out moments from the show last night that made me realise that her songs are more than just words and music. To see them come to life like this was mind blowing. Every part of me just wanted to sing a long, but all I could do was gaze in awe. The person I’ve been using as a crutch for so long was right there. One of the most beautiful points of the show was her asking everyone to put their phones away, and she performed a fragile version of Better. This song performed this way just changed everything. It took the song elsewhere, and you just connected in a completely different way. Mother Earth was the song I feel broke and fixed hearts and minds. Lyrically, it is probably one of the best songs Banks has written so far. The way she is so open and so pure when she performs this song just melts your heart. I knew it would be the song to break me and make me cry, it just has this power but in the best way imaginable. You just feel when you hear it that you can possibly take anything on and that she is right there with you going through it all. She gives you so much hope with this song, and I cannot thank her enough for it.

This Is What It Feels Like is one of the songs I was massively looking forward to. It was one of the first songs I heard from her, and she dedicated it to all those who had been there from the start. The way she choreographed her hands as she sang This Is What It Feels Like is so captivating. Drowning also left me hypnotised. I couldn’t tear my eyes away from the stage and it was sung with such determination and power. Beggin’ For Thread was just absolutely one of my favourite songs from the set, and it just made me so happy to see this song come to life like this. Her dancers add this eerie feeling to the whole set that just lures you in, deep into this world in the most comforting way.

A large part of the show was songs from The Altar which was easily one of the best and most underrated records of last year. Since September I’ve played it religiously. It’s been a record that has eased me out of a state after I’ve had a panic attack, and her voice just soothes my head. Trainwreck is performed with such attitude as is Gemini Feed and of course, Fuck With Myself. The way she performs these songs just gives you this belief that you’re as tough as her. Weaker Girl is again, another mind blowing performance. The way everyone shouts “I’ma need a bad motherfucker like me” is incredible. Every song is just screamed back at her, it makes you feel like you’re in an arena not an old church in the middle of Manchester. She has the crowd right where they should be, and none of us want to ever leave.

Judas and Haunt again bring out this bold and brave side. Judas especially is performed with this venom that makes you feel the hurt she’s experienced from whoever or whatever has hurt her. I know I’ve said it countless of times before about her, but when she does this you just truly connect to the music. She’s so easy to connect with and to feel, and believe in every single word. I don’t even know what I did before I had her music.

The set ends with 27 Hours followed by This Is Not About Us. Of course there are other songs I would have loved to have heard but that’s just for my own personal sentimental value. The set was nothing short of perfect, and if anything, I’d have just wanted her to stay on stage for hours. Her dancers, her band, and her stage presence- just everything felt like something that came purely from the heart and soul. Wherever she goes when she performs these songs, she takes you with her.

It didn’t end just there. Before we went to the show, I wrote a letter to give her. The letter consisted of me telling her how much her music has helped and healed. How it still does, and how it gets me through my own hell. I handed the letter to her, and as we hugged, I had to tell her something I had needed to say for so long. I told her that she had saved my life. A bold and big statement that is entirely the truth. This was more than just a concert. It did something that no other show has ever done to me. I’ll keep its meaning close to me and go to it when it all seems too much. There is so much more I could say about the show last night, but if you were there or if you’ve seen her live- then you’ll understand exactly what it is that her music and her presence does.