Back in 2015 I wrote about a band from Torino. I obviously praised them a ridiculous amount, and now I get to do it all over again by writing about their most recent release. It came out in March, so I’m a few months late on this.

LAME are just an exceptional band, and they really show this on Alone And Alright. A pretty cool name for a record, right? It’s a great record to listen to on your own without letting anything interrupt you. This is a real loud record that has everything you’d want from your favourite band. It’s made up of songs that’ll make you want to break stuff, you’ll want to throw your body around and in no time, you’ll be singing the words as if your life depends on it.

The record starts with the brilliant Evelyn. The song has tones of 60s girl groups in the harmonies but it’s got this wild guitar that just kicks off and doesn’t stop until you get to the end of the 10 track record. From listening to the record a couple of times, it’s pretty safe to say that this is the best way to start the record. Every single song is fantastic, but this is the one that really sets the mood of the record. We are then blasted right into Deep In The Barn, which just makes you stop what you’re doing. It’ll stop you because it is such a great song. I love this record, every damn song is out of this world.

What I am obsessed with about this record is that it just makes you want to ditch your responsibilities, and move to Italy. As an Italian (a bit more than half Italian so I can say this) I want to do this anyway. There are so many amazing bands in Italy right now, and LAME are most certainly up there with the greats. Italians sure know how to do Garage Rock and take it to where it should be. Alone And Alright is a record that you can easily become obsessed with. The way it just takes you on this exceptional trip into what you thought you were going to get from this record to what you actually get from this record, well, it just blows my mind. I’ve heard a lot of phenomenal records this year, but this one is probably my favourite in terms of how the songs really take you over and the way it has all come together, you know?

This is only their second record but my god it sounds like a band who are well into their career, and this could easily be record number 5 or 6. It’s got something about it that’ll keep you going back to it. Disappear is at the moment, my favourite. I love how haunting it is and how powerful the vocals are. This is the one I’d play louder than the others- it’s got something about it that just makes you want to keep playing it obnoxiously loud. I’m listening to it pretty loud right now with headphones because my housemate’s dog is snoring. Loudly. He looks super peaceful and cute, so I don’t mind. Memories is another strong song on the record, and I just love how it is a continuous flow of brilliant songs. There are truly no fillers on this record, it’s made up of 10 songs that you won’t be able to get enough of. You’ll want more and more, but all you can do is hit repeat. I love how heavy the songs are and even when it is slightly tame, there is still this mind-blowing heaviness to the song. You’ll pick up on this on the song, When You’ll Be Mine. This is a close favourite. Oh fuck it. I’ve changed my mind. This one is now my favourite. It’s a heavy song with this gigantic guitar and bass that echoes over the drums. The way it is done just makes me want to only listen to this song for the rest of time. It is seriously, seriously a bloody great song. I could probably write an essay on why this is one of the greatest songs I’ve ever heard. Maria’s vocals on this are insane. I wish I could sing like her.

Stefano and Maria’s vocals together are just perfect, it’s meant to be. The way they fit is just honestly, perfect. Then you’ve got the wonderful Massimo constantly giving off this blistering guitar sound that just stops you in your tracks. How the hell can someone play like this?! All three of them are just exceptional at what they do, and really it is a crime that they are not selling out arenas or having an international holiday named after them- something that big. They deserve it. I just absolutely love them, and this record is a real beauty.

I’ve gone on a bit, I know but this is a truly phenomenal record that has no dull moments and you’ll be longing for more. Even in your sleep you’ll be dreaming about this record. I know I will. 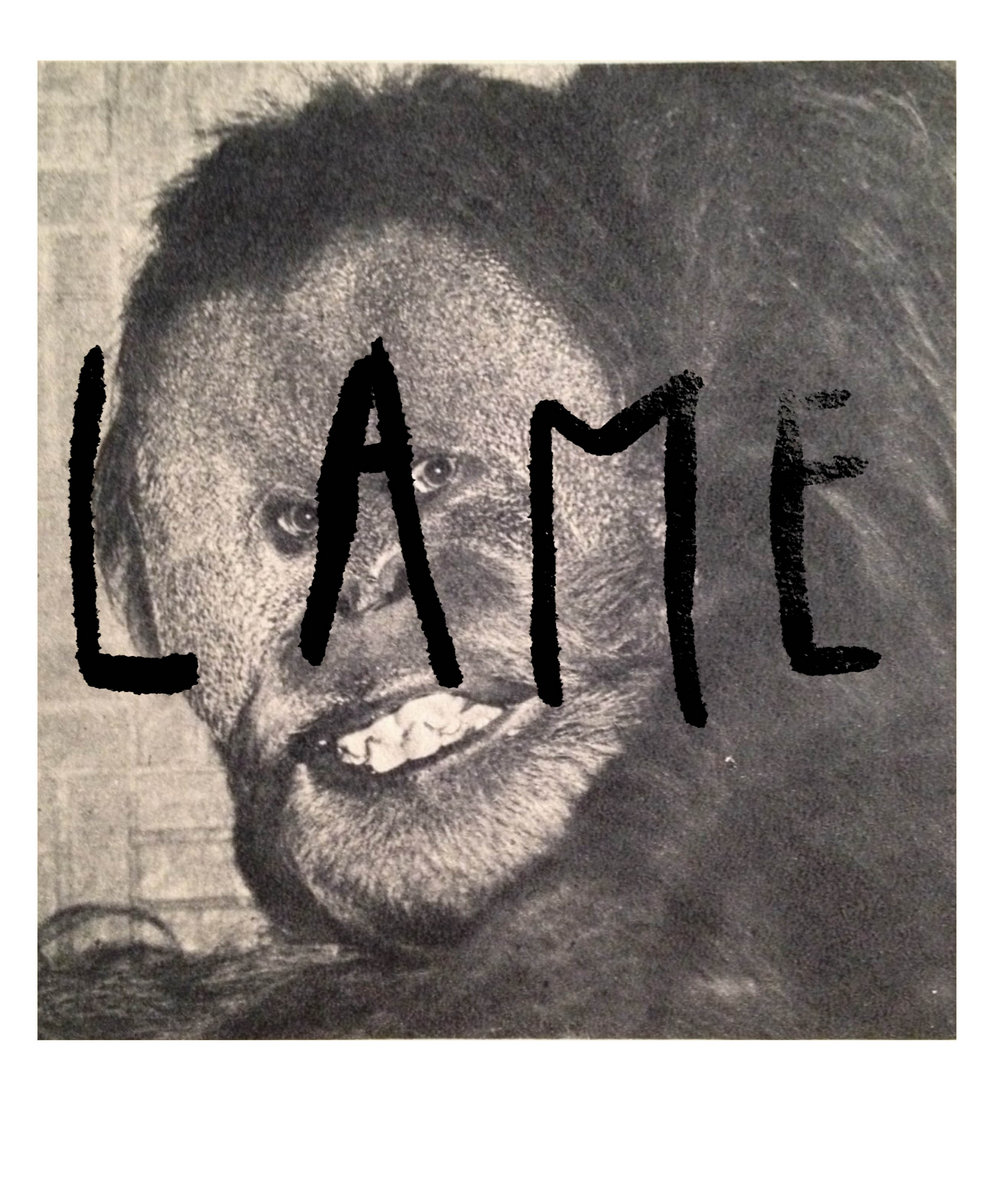 In my biased opinion, many great things have come from Italy. However, the music from there is something I’ve always had slight reservations about. There’s more to Italian music than Litfiba (they were kind of good so it’s okay.) I can only apologise for Eiffel 65. I’m so sorry. Italy has more to offer than that.

LAME come from the same beautiful city as my stepdad. Torino is one of the best cities in the world, and is also home to LAME.

LAME make a lot of noise, and their most recent release The Lame Shall Enter First is probably one of the year’s most underrated records. I don’t even know how many people have heard it or are even into this band, but the record is an angry piece of work that cannot be played quietly and privately. I’m writing it whilst listening through headphones but I know the ideal setting for it is to be played so loud until the walls shake and pictures and mirrors fall down. It’s effortlessly brutal. Cold Night feels like a maniac losing their mind late at night, when they probably should be asleep.

Known for the bluesy but Punk sound, they don’t fail to live up to that notion. Half the time you feel like smashing shit up whilst listening to the record, the other half you just want to sit with a bottle of something and watch the weary world go by. Like most bands I’ve written about, and write about, LAME are a mixture of strange and wonderful kinds of genres and noises into one and end up creating something really weird and passionately brilliant. I always want to listen to something that makes me want to start a band, even though I never will (too old and I have no musical talent) but if it can leave me feeling this way then surely it can cause some lost teen in the depths of Cleethorpes to pick up an instrument and make some noise of their own. That’s all any of us can hope for.

Another thing I love about LAME is that they feel like you’ve invaded a nightmare. You’re looking in and LAME are providing this menacing and eerie soundtrack. You want to be part of it somehow- so you start feeling as if you’re being chased through some creepy forest with some local loon close behind you muttering delirious words, brushing branches out of their face to grab a closer look at you, and to probably grab you. You’d run a lot faster with LAME blasting in the background. This feeling of being lost in the wilderness could drive anyone a bit nuts, but LAME are the perfect soundtrack to losing your marbles slightly.

Sounding like a band possessed by something greater than any of us could imagine, LAME are just a rowdy lot with something brilliantly sinister in their music. Much like Bikes who I wrote about last night, they make you want to leave where you are and go explore somewhere new.

You can listen to their recent record here: https://aliensnatch.bandcamp.com/album/lame-the-lame-shall-enter-first

As far as first LPs go, this one is nothing short of excellent, and it leaves you wanting more and more from them. Favourite new band.

Play it as soon as it gets dark, unless you’ve got a weird imagination like mine- if so, sitting at your desk on your lunch break whilst listening to something weird like this will probably give you equally mental images in your head.