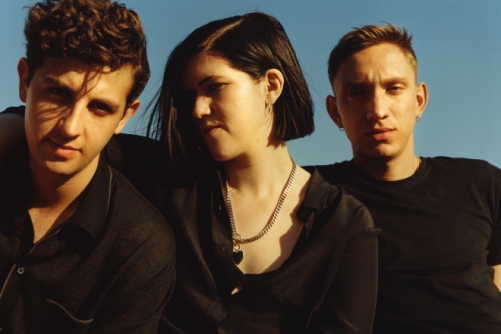 “My name on your lips
Your air in my lungs
Drowned in oxygen.”

It’s hard to write about a band you absolutely and unconditional adore without being biased. However, it’s not really in me to pick out any faults in a band I love- so I won’t. I’m going to just go on about how bloody fantastic the new record by The xx is and how waiting 5 years for I See You was truly worth the wait.

Unfortunately I can’t write about the boxset version of I See You as my copy is due to arrive next week, but that doesn’t matter. It won’t change my view on the record. It’s only 2 weeks into the New Year and I am fairly confident that I See You is going to be my favourite record of the year. I sometimes write about records track by track, and there are times where I feel there’s no need to do it. I was torn with doing this or not with I See You, and because I love every single song for different reasons- I am going to bore you to tears by going through each track.

Dangerous: After listening to the record well into double figures, I can safely say that Dangerous is the best way for the record to start. The sax in the intro that flows into the hook is amazing, and it sounds like this song would have fitted nicely on Jamie’s solo record, In Colour. Everyone fell in love with their first record and with the dark atmosphere they created. Brooding and so far from intrusive. There’s colour bursting out of this song and it is such a great way to start the record. You immediately know that their third record is about to cloud over everything that they had previously done. East London clubs are going to love this.

Say Something Loving: The sample of Alessi on this is amazing. Go listen to the original, then listen to Say Something Loving again. It’s so wonderfully done. For me, this song really shows how strong Romy and Oliver’s vocals have become- especially Oliver on this one. Romy has her turn, don’t worry. It’s the perfect song to drown everything out to, and let your mind wander off. The xx have always been that band for me that I go to when I can’t sleep and need to somehow shut off. More recently I’ve relied on Intro from their first record to get me through the aftermath of my panic attacks. Their music has always been a comfort to me, and Say Something Loving has that glorious euphoric build up that just transports you some place no one and nothing can touch you.

Lips: The gentle sample of Just (After Song Of Songs) is worked perfectly into this song. Romy’s voice is so delicate and full of love. This is a beautiful love song. It’s so pure and passionate. It portrays the kind of love most want and deserve. Everyone deserves to feel and to give this kind of devotion, and it’s the kind of feeling that makes you feel capable even when you’re as timid as mouse. It evokes not wanting to down from the high of being with the person you absolutely are besotted with, and to be honest why should you want to? Why should you ever? If it’s right, that gut feeling always remains.

A Violent Noise: Certain interviews they have done recently have been so open and raw. Oliver touched on his issue with alcohol in an interview I read, and it was sad to read but his support network got him through. For me, A Violent Noise seems to portray what he was going through and Romy’s part shows the side of a dear friend wanting to be there for him. It’s heart-breaking and so fragile, but that’s what makes the songs easy to connect with. They are by far one of the easiest bands to relate to because they place words together so freely, even if it is difficult for you or I to express how we feel. I like A Violent Noise is one of the easiest songs to relate to and make your own meaning for. I’ve connected it to something else (and that might be a massive error but still) and I think it’ll be one of those songs that just make any torment easy to cope with. Again, it has this euphoric build up towards the end. It makes you feel like you are isolated in a club with strobe lights flashing across your body, blinding you as you try to leave. You don’t need to always look back.

Performance: Of all the songs that The xx have ever done, I feel Performance may be their most difficult to listen to. Performance is Romy exposing herself in a way that you can only admire, and like A Violent Noise, you can relate to it and make it feel like it is your own words. Certain parts have hit home with these panic attacks I keep having and have zero control over. The hardest part of not being okay is pretending that you are. And that just exhausts you. Anyway, you don’t need to know. Performance is so vulnerable and Romy’s voice just captures that so perfectly. She does it a number of times on the record but this is definitely one of the stand out moments.

Replica: Oliver’s voice on this is a different level of beautiful and I think this is the kind of song that shows that they are so ready to play bigger venues. It sounds like the perfect song to play at the end of the show with everyone singing. It’s the kind of song that makes the Night Bus home easier. Again, there’s a wealth of comfort in this song and you can easily relate to it. I love the line, “Do I chase the night or does the night chase me?” The beauty in their songs is that you can take them however you want, and I think this line is a sentiment that a lot of us can relate to. I love the almost chanting of, “They all say I will become a replica. Your mistakes were only chemical.” It’s such a gorgeous lyric and it is sung so beautifully.

Brave For You: Lyrically, my favourite song off I See You and easily the one that means the most to me. It reminds me of someone who’s so so important to me. It just reminds me of them and I think that’s all I can write about it. They know, and that’s all that matters. It again shows how strong Romy’s voice has become and musically it is so tranquil and so powerful. “When the things don’t make sense, I have courage because of you.”

On Hold: It felt like they hadn’t been away when they first put out On Hold. It didn’t feel like eternity had passed upon waiting for new music from them. There’s been a steady growth in their music with each record so far, and On Hold shows this perfectly and was the best song to introduce us to I See You with. That sample from Hall & Oates is outstanding also. Again, I think this could have worked perfectly on Jamie’s In Colour record. The xx do have a certain sound, but at the same time (as clichéd as it may be) this and I See You in general sounds nothing like their debut or Coexist. The lyrics to On Hold are beautiful and really sad. They touch on that 90s dance style here with the upbeat music and sad music. They’ve always made it clear that they are fans of this, and they do it so well and it’s really well executed on this song. It makes you forget how sad the lyrics are because the music just hits you.

I Dare You: I Dare You sounds really good after Dangerous, the two songs feel like that they could both tell the same song. I wouldn’t be surprised if they chose this as a single in the future. It’s got this subtle sound to it that may cause it to be overlooked by the listener but I feel it is one of those songs that after you’ve listened to a few times, it becomes a favourite. The lyrics I think touch on the early stages of a relationship and how it can build and build into something great. There’s always been this unconditional innocence in their lyrics, and I Dare You sort of shifts away from this innocence into a cemented view. I love the guitar on this one.

Test Me: Sometimes when you come to an end of a record, you imagine what order you would put the songs. In this instance, I haven’t done it. Every song on I See You fits and flows perfectly. Test Me is a gorgeous way to end the record. Maybe it’s a song to each other, I have no idea. Jamie, Oliver and Romy have grown with each record and have been through things that influence their songs in ways most would want to hide away from. Test Me seems to provoke the idea that they’d much want the person in question to push and push them instead of being honest. We’ve all had that done to us and we’ve probably all done it. It’s such a shit situation to be in and to put someone in. The way they write about it on Test Me is done with such fragility. It feels like the night closing in. That’s what The xx feel like. They feel like night time taking over, when all that’s left is you and whatever you choose to surround yourself with when darkness falls. It doesn’t have to be a feeling that makes you feel isolated. From the 3 minute mark to the end of the song, Test Me builds in a way with their vocals echoing gently through. Calm hits. The xx are my version of calm, and thank god I have them.

I’ve read many reviews where some are comparing it to their first record and how nothing will compare to it. For me, I always find these comments to be really diminishing to the band in question. Why oh why would you want a band to keep making the same record over and over? The xx have evidently grown and grown up, and it shows in their music. Each record is a statement of that. I See You is a perfect reflection on all they have done, seen, felt and experienced since Coexist. It’s a body of work that takes the listener on an ethereal journey. You can chose where it takes you. Romy, Jamie and Oliver have this way of creating songs that just speak to the soul and soothe you. Sometimes you think you can’t love a band any more than you already do, then something like this happens. It’s just an outstanding record from start to finish.