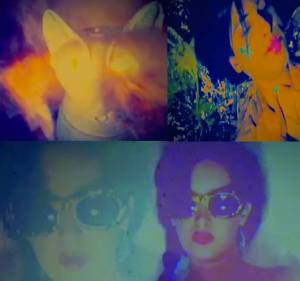 The best thing about music is the ability it has to just transport you to anywhere in the world. It doesn’t matter if you’re in a box room in Grimsby or a town house in York, music can take you anywhere. It gets you to where you want to go, where you should be.

A band that take you on such a divine journey like this are West Coast gems, Bonfire Beach. I don’t know anything about them, all I know is that I really like their music. I think that’s enough to know. I don’t know if LA has a typical sound, but when I think of LA I would immediately hear the beautiful sounds that Bonfire Beach makes. They have a traditional Summer feel to their music. They just make you want to go sit down at the beach and do nothing. Look out at the sea, read a book or just watch people pass you by. Their hypnotic grooves are what summer dreams are made up of. From those loathing their jobs to those wanting to leave school; they unleash your frustrations in their captivating sounds. You find yourself swaying out of time to their songs, the music just moves you and you don’t care for being in time or holding any form of rhythm. If you’re in your room, why take it seriously?

Bonfire Beach may have tunes for the summer and maybe they would sound out of place in the harsh winter months (you’ll never know unless you try.) They’ve got that seductive glow that is found in say, New Young Pony Club (think they’re just known at NYPC now) and have the ability to lave you satisfied with what you have heard, yet wanting more. Bonfire Beach have an effortlessly cool feel to their music. I really hate using the word “cool” to describe something or someone, but it seems alright to describe Bonfire Beach as being cool. They’re really soothing but have this excellent subtle aggression to their sound. Basically, if Courtney Love made Hole sound mellow, this is how they would sound.

They’re a band to do nothing to, but a band to fall in love with. After a few seconds past listening to them, I knew I had found a band that I’m going to play almost religiously this summer and way into the depths of autumn and winter. Their eerie sound resembles 80s Goth with a mix of something unheard of; they’ve got something about them that just lures you in and grips you passionately. I guess it is like falling in love for the first time, except it happens with every song of their that you listen to. They are magical, mysterious and gentle on the ears.

You can listen to them here: https://soundcloud.com/bonfirebeach