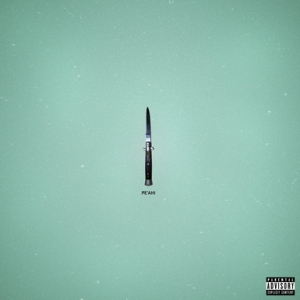 If I had the ability to sum up just how wonderful the new Raveonettes record is, then I’d be a lot smarter than I am. I’d have to ingest a thesaurus  just to get a taste of it. But luckily I’m not all about using fancy words to sound good, I’m not that kind of person.

I’ve read a few reviews of Pe’ahi and all I’ve seen is a bunch of crappy Beyonce (Bay-Once if you’re my cute nephew) comparisons just because they kept their record a secret. The Raveonettes are better than Beyonce, so what’s the use? I’ve just finished reading Sune’s guide to the new record on my lunch break (I use my time wisley) and I can’t help but appreciate the record in a different way. His father died last year due to alcohol. Something I can relate to, and even though it’s been nearly 20 years I’ll never have a solid opinion or a definitive emotion to describe it. You just get used to it. Although aged 7, you are made to feel out of place living in a small community with a dead parent. It doesn’t make you tougher, it makes you overly sensitive.

The Raveonettes have been a band I have been clinging onto for many years. Their ability to sound like something from the 60s with a chilling and haunting feel to their sound is something I adore and seek in a lot of music I listen to. The new record starts with Endless Sleeper, which starts like The Doors debut record. As soon as you hear it, you’ll feel the ghost of Jim creeping up on you. The Doors are one of the best bands from the West Coast; they had a beach sound yet were not typical LA. You really get that with The Raveonettes, especially with Pe’ahi.

What is truly wonderful about Pe’ahi is that it is made up of spontaneous moments that just leave you in awe. When a band surprise you with a new record, you know it is going to be truly special. It is made up of bitter words (Summer Ends) and gloriously aggressive moments (Sisters.) It isn’t a record for those seeking songs about lust and falling in love. It’s for those who want something with meaning, something that is ridiculously raw. Summer Ends feels like a real heartfelt “fuck you.” Something which is lacking in music. Don’t be afraid to be angry.

Z-Boys is one of the songs that really makes you picture the West Coast in your mind. It’s a subtle summer number that is a beautiful nod to surfers and the like, even if it is grim outside this song will make you feel better. The Raveonettes are one of those magical bands who can create something cheerful but infuse it with awfully sad lyrics. Go back and listen to their song Boys Who Rape (Should All Be Destroyed) the lyrics are dark but it is over this brilliant Hip Hop drum beat.

Sune and Sharin’s vocals (separate and together) are truly hypnotising (When Night Is Almost Done really showcases this) and they just have this gorgeous way of making you feel alright. I’ve only ever known one other person who likes this band, let alone knows them. I do hope they’ve listened to it. A person into The Raveonettes is a person worth knowing.

For me, this record really does define this band as being easily one of the best bands around. Sure my opinion is biased, but it doesn’t matter. Anyone who hears this record will hear just how great they are, and I sincerely hope Pe’ahi turns new listeners onto them. I just want to go back to Sisters briefly- the song is one big tease. It starts with an aggressive beat followed by some relaxing harp kind of feel, then back to the aggression again with the vocals. It’s such a strong song that you can’t get enough of. But now, I’m going to talk about Killer In The Streets. This is my favourite on the record, easily. I can normally  swayed when trying to chose a favourite song, but it is so easy on this record. I love everything about it especially the subject matte. In Sune’s words : “The alluring girl who pisses me off, I always forgive. I’m forever caught in her cunningness and savage innocence.” We’ve all been there, sometimes more times than we wish to. When it ends and that person goes, it is wonderful day. You find normality afterwards. Thankfully.

There are so many special and stunning moments on this record, and like I said it really does define why this band are one of the best around. Is it the best record they’ve made? As someone who holds a lot of sentimental value towards In And Out Of Control (one knows) I am prepared to let my love go for that record in order to state Pe’ahi as my favourite record by this inspiring duo. They’ve really grown into something beyond remarkable on this record, you simply cannot get over how ethereal it is without it having typical ballad like songs on it. Nobody else is doing what The Raveonettes have done and are still doing. They are rare and deserve to be treasured, this record really exposes that.

Music can make you feel ugly and wonderful things. It can take you back, it can guide you forward and it is the most reliable source of comfort you will ever experience. It helps you remember, to just cling onto things and to also let go. Knowing what influenced this record has made me listen to it and appreciate it in a different way. There’s healing in this record, and by looking at the state of the world right now, I think it is something we all need.