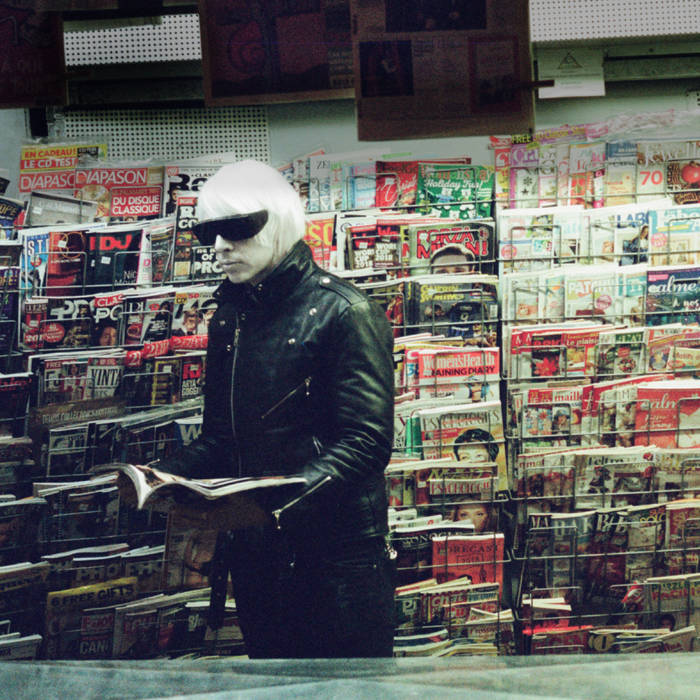 One of the most exciting duos around, Drab Majesty are releasing a new record in July. A record that will reinforce our love for them, and get us excited over their UK tour in September. Deb Demure and Mona D make exquisite music together, and I’m going to explore that with my take on Modern Mirror.

The record opens with the haunting yet angelic A Dialogue. The song is highly atmospheric, and I cannot help but feel this could be a song that they open their sets with. It’s got something about it that is stoic and something that just grabs you. It starts with these strong vocals, then it all comes together and it is this huge sound. The kind of sound that you’d probably hear at the end of the night in a dingy, dark club as you make your way outside. There is something euphoric yet final about it. It’s the perfect song to start the record with.

Drab Majesty have been a band I have leant on for some time, like Cold Cave. There is something about the lyrics and the way the music eases any ugly feelings, and lord knows I’ve been at my worst recently. Music is powerful, and music can heal. It can be that thing that just holds you together, and I hold Drab Majesty so highly- purely because of what they mean to me. It goes beyond being a band that evoke escapism; they have something about them that just makes me fall in love with them every single time I listen to them.

The Other Side is 6 minutes of sheer heaven, and it makes you wish you were wandering the streets of L.A. taking this song in, and ignoring the world for a while. There’s a lot of Garage Rock bands I love that come from L.A. but Drab Majesty are on the other spectrum of the music I love, and it’s this dark and intense sound. Some may call it “Goth” or “Darkwave” but I really don’t have a name for it. All I know is that their lyrics, and songs are so powerful and so wonderful to get lost in.

Only a couple of songs on this record are under 5 minutes long, which I adore. I love songs that last over the 5 minute mark and have intense and euphoric build-ups. Drab Majesty are pros at this, and knowing that they will be playing my favourite venue in Manchester (Soup Kitchen) in a few months, just makes me super happy. It’s the perfect venue for them and I cannot wait to hear the new record here.

There’s this devotion and passion in these new songs that shows how they aren’t afraid of experimenting with new sounds and pushing their sound further. Careless and The Demonstration are two perfect records, and with their third they do something beyond what they’ve done before. The best way to experience this record is to listen to Careless, then The Demonstration; then allow yourself to immerse yourself in all that Modern Mirror is. You’ll hear this subtle growth, but the beautiful darkness is there. Ellipsis and Dolls in The Dark are for me, their biggest sounding songs on the record. They take you somewhere new on these songs, somewhere no other record or song ever has. If you’ve never listened to Drab Majesty before, please invest in their previous two records in time for the release of this gorgeous record that is, Modern Mirror.

Modern Mirror may only be 8 songs long (as a massive fan, I could quite happily listen to triple the amount!) but it is a record to truly cherish and keep close. It’s the kind of record that’ll keep nightmares at bay, and allow you to soak up the darkness in order to be less afraid. I needed this record more than I thought I did. There’s something about it that is so soothing, and I think a huge part of this is Deb’s voice. It is so comforting and easy to just fall in love with. The songs tell a story, and that just makes you connect even more so with this stunning record.

Modern Mirror shows us exactly why Drab Majesty are one of the best bands around. Their sound is heavy, eerie and sublime. There’s no denying just how phenomenal the new record is. Buy the record when it comes out in July, and please come see them on tour.

Modern Mirror will be released on 12th July via Dais Records.

They will be joined by the equally beautiful, SRSQ.