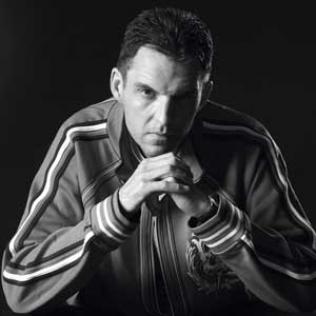 I should be writing this from my mum’s house. I should have flown home for the weekend. I didn’t. Normally it’s because I missed my flight, but this time it’s because I’m ill. It’s either an ear infection or my wisdom teeth are making a wonderful appearance. Advised by my mum and a pharmacist to not fly, I listened. For once. I even rang NHS Direct which proved to be a waste of 4 hour. “Just take some paracetamol.” WOW. I hadn’t thought of that. I got to thinking, and this is where it led me.

Most people slag off “commercial” radio just to seem cool or “different.” Let’s be honest, you have no control over what the radio plays so get angry over stuff that matters. IE: Everything that happens in Russia. I love listening to the radio. Yesterday at work we had 1XTRA on all day. They had an hour where they played old stuff. I felt 14 again. They played Lil’ Mo and FOXY BROWN. I nearly fainted at my desk. I was so happy to hear the songs I used to love being played on the radio. They even played that Bob Marley and Lauryn Hill duet. As I was listening to these songs, I realised who was responsible for me hearing these songs in the first place. Tim Westwood, of course.

I used to listen to Westwood’s show religiously on a Friday and Saturday night. The radio was my best friend from a very young age. If it wasn’t for the radio, I may not have learnt to love music in the way I do. For the most part radio presenters love the sound of their own voice. Maybe Westwood did too. I have no idea. I used to ring his show a lot. I got through once when Mystikal was on. At that time I was a HUGE Mystikal fan. He turned out to be a rapist. I have his autograph. He addressed it to me. I had Westwood’s and Trevor Nelson’s autographs too. Theirs were on a postcard, I was so happy. I recorded my conversation with Westwood and Mystikal. I still have the tape. I used to record certain songs off the radio. Every Foxy Brown was taped. When he’d play rappers coming in and doing a freestyle- I’d record them all. I once won the R&B Top 20 off Trevor Nelson’s show on Radio 1. I still have all the CDs.

Westwood made compilation records. I think I bought the first 4 of them. Then I kind of lost interest. I realised not all the songs were played in full and he kept shouting over the songs. I don’t mind on the radio, but not on record. Not cool Westwood, not cool. A lot of people are quick to call him many things. Not many are positive. I can see why some may call him a joke but if it wasn’t for him a lot of rappers past and present over the past two decades may never have got any radio play in the UK. Hip Hop was always deemed as “bad.” Kind of like the naughty kid at school. You privately wanted to be its friend but in the public you turned your back. I’ve turned my back on the current state of rap music. 1XTRA are currently playing Macklemore. I really don’t get the appeal. I cannot stand his music at all. Maybe it is because I can’t relate to his music, or maybe because I just don’t like it. I think it is both. I’d rather listen to EPMD.

I used to love it when Westwood would link up with New York’s HOT 97. Funkmaster Flex to Angie Martinez (I did a Spanish project on her, and emailed it to her. She saw. I got a B!) When HOT 97 took over for an hour or so on Westwood’s show, the listeners were exposed to more underground New York Hip Hop. Artists that Westwood had mentioned and maybe not played yet; they were being exposed to a UK audience because of Westwood.

Westwood’s show introduced me to one of the rappers that became a massive part of my life; Big L. Big L, as soon as I heard his freestyle that Westwood played I knew I had found someone truly amazing. Big L was a freestyle genius. I cannot, and you simply cannot, compare Big L’s style to anyone else. Westwood had 20 years on the radio, I had been listening to him for half of that. In that time I appreciated Hip Hop in a different way. I used to love it when he’d play the intro to a song about 5 times then eventually play it or when he’d play the same song over and over because he loved it that much. It was like you were listening to music with your best friend. They were getting excited about the music with you. It didn’t matter that he’d play it over and over because you did the same too. I know I did when I used to tape certain songs.

I remember the week after Aaliyah died, he did a tribute to her and it was truly beautiful. He didn’t play much R&B back then, but he played a few of her songs and just paid tribute to someone that obviously, should still be alive.

Sure Radio 1 is pretty much a station that is a victim of playing the same songs every hour. Most stations do to be honest. There aren’t many that don’t. Even though I don’t listen to it, I know it is an important platform to subjecting people to new music. I find my new music by spending hours looking for it wherever I can. This doesn’t make me better than someone who loves Radio 1. I don’t care what station anyone listens to, I’m just glad the radio is still being listened to.

The best thing is when you flick through radio stations and you hear a song that you loved a long time ago. This happened to me yesterday and it was brilliant. I don’t care where I hear the songs I love so long as someone is playing them.

So is Westwood relevant? Has he ever been? I cannot understand why someone would say he’s never been relevant. I used to love Jay-Z (I’m not dropping the hyphen) and I regard Reasonable Doubt to be his best album. The Blueprint may have been he last decent record. The Black Album is a solid record too; but after that, I stopped caring. He started to sound like the new rappers that were emerging. I’d rather go back and listen to the old stuff, and be happy with that than listen to his new stuff and weep for what should have been. BUT! If it wasn’t for Westwood, nobody in the UK would care this much about Jay. He’s not the best rapper, but he once was. The best rapper around now? I really have no idea. I’ll probably always favour Talib Kweli.

Westwood gave many many Hip Hop artists a platform to be heard. Without him a lot of them would have been overlooked. It’s been a questionable 20 years, but it has been 20 years that have no doubt meant a lot to the Hip Hop community. He may have called himself the “Big Dawg” which I never understood, and he may have been a posh boy with an Anglican Bishop for a father. But he loved Hip Hop in a way that made you love it. To some he may have been a joke, but for some like me; he made Hip Hop a massive part of their lives and really did make a difference. Say what you want about him, but what he did for Hip Hop in the UK may never be done again.