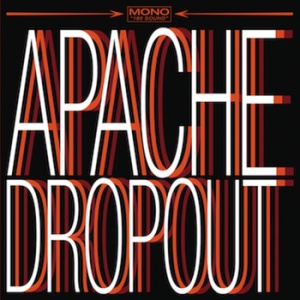 I blame Don Van Vliet aka Captain Beefheart for my love of anything strange, mind-blowing and just bloody peculiar. I don’t have it in me to enjoy anything that doesn’t have something weird behind it. Sure enough everything must have a story behind it, but it doesn’t have to be true. Just because I love I Know It’s Over by The Smiths doesn’t mean I cannot allow myself to escape into the magical and mystical realm of Stars by Warpaint. Of course you know I can, because you probably know how much I love the two bands.

No one has ever captured the same strangeness as Captain Beefheart, and no one ever will. I realised this a long time ago as I played Safe As Milk for the…I cannot even recall how many times I’ve played it. Don’t get me started on Trout Mask Replica. Just don’t. I’d be telling you until I was blue in the face, day turned to night and you fell asleep as to why I think it’s an incredible record. There is NOTHING wrong with it at all. Just sheer perfection. So much genius shines through, and it is also mental. Proving that the most mental are the most smart.

Okay so, there’s this kind of boogie/garage rock vibe going on in my ears right now. It’s coming from a band called Apache Dropout. They’re a band I reckon my hero, Lester Bangs would fucking love (okay so Lester goes beyond being my hero…but just know if it wasn’t for him, I’d never have loved music as much nor would I have gone to Uni..make of that what you want. Maybe I wasted 3 years. Or the 3 years wasted me.) Apache Dropout are the kind of band that make you think you’ve dropped a fair amount of acid (I’ve never done drugs, I’m just basing this on how the band are giving me an outer-body experience) and that the clouds are chasing you. With their pinks, blues, yellows and greens. So bright, you want to close your eyes. Well you can, but open up your mind kid. Open up, and dig this band. You’ve just got to.

There’s freedom in no self-control. There’s freedom in giving yourself over to a band. They are 3 guys who just make something amazing. I cannot throw them into any genre, that’s just not fair. I hate doing that. Fucking hate it; so I try my best to make sure I never do it. The screams and yelps on It’s A Nightmare will make you want to scream along. Let it all out. It doesn’t matter if the window is open or if someone is home. Let it all out, get them to join in.

So, their new record Bubblegum Graveyard came out this Tuesday just gone I think? All the days feel the same. I still think I’m in ’96 or some shit. 10 years old. I wish. Instead I’m nearly 26. The fuck. Anyway, you should check out Bubblegum Graveyeard because it’ll scare you, rattle your bones and make you want to dance. What more could you want?

If you feel the need to hook yourself with their previous stuff, here you go: http://apachedropout.bandcamp.com/

Do something good today and listen to them. The bad thing you do today, well that’s entirely up to you. No one is an Angel.