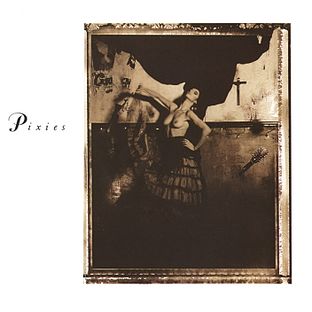 Thirty years ago (I’m a day late, sorry) The Pixies released their debut record, Surfer Rosa. I was only 2 years old when it came out, but when I heard it for the first time- I think I was in my late teens, I remember being totally in awe with the vocals. For me, Black Francis has one of the most distinctive voices in music- irrespective of genre. His voice is unlike anything else. His vocals with Kim Deal’s echoing in the background is one of the best things to have ever happened in music.

Surfer Rosa is an excellent debut record. Not many bands have ever had this kind of sound right away. When you listen to it, you think you’re listening to a band who have been doing this for decades. You don’t feel as if you are listening to a debut record. I love how the songs are so loud, they beautifully chaotic and played in such an urgent manner. There is this divine passion in every single song, and when you listen to them every single reason as to why you love this band just come back to you.

The record lasts just a little over half an hour, but in that half an hour you’ve got songs that have the power to absolutely change your life. I am so sure that a lot of bands I love have been influenced by this record, and from hearing songs like Gigantic for the first time. The record initially didn’t do well, but over time people started to pay attention. I still don’t feel that The Pixies get the credit they deserve at all. They are obviously one of the greatest bands of all time, and I love that no genre can define them. The Pixies are in their own world with their music, and Black Francis is most definitely a genius. There is something about his words that just leave you in jaw-dropping awe of him.

We all know the phenomenal Where Is My Mind? is one of their most popular songs, but I really don’t think the lyrics are praised enough. Last year/year before my panic attacks were starting to have a massive toll on everything I was doing, and I had a handful of songs I had to listen to that would sort of calm me down a little. I definitely found a lot of comfort in this song. I related to the title a lot, ha. I found a lot of comfort in music. It always has been, and always will be my safety net. The Pixies and Beach House became my crutch- more than usual.

I love that Where Is My Mind? has delicate moments but the guitar and drums are so heavy, and Kim’s bass playing on this is out of this world. It always has been. She is such a great bassist. The Pixies have always consisted of really strong and powerful musicians. I think when you’re in a band with someone as influential as Black Francis, you can’t be anything other than strong and powerful. Maybe he brings it out of them. They all bring it out of each other, really.

Songs like Tony’s Theme that don’t even last 2 minutes have this Punk feel to them, and it is definitely one of The Pixies songs that show just how diverse and distinctive The Pixies sound it. It also shows how Black Francis’ voice is so wild and unlike anything else. The song is just this rowdy and chant-like groove that has you singing a long like you would with a Ramones songs. The vocals at the end remind me of the Ramones slightly. Kim and Black Francis’ vocals on this song again, shows just how brilliant they are together.

You’ve got songs like Vamos which is just an insane song. It’s like stepping into the mind of an eccentric genius and seeing how they work. It is for me, one of the best moments on the record. When you play it, you can’t really believe that it is 30 years old. It has such a new feel to it. The Pixies may have formed over 30 years ago, but there is something about them that makes you feel like they have just started. I reckon it is because nobody else sounds like them. Everything they have ever done, and still do is just mind-blowing. Vamos is probably one of my favourite songs by them, and it is definitely my favourite from Surfer Rosa. I love the chaotic sound so much.

What I’ve always loved and massively admired about The Pixies is that they can just do a whole bunch of crazy stuff on their records, and it just sounds amazing. If anyone else tried to do it, it’d just be a mess. I know I’ve said it many times here, but they are such an influential band and Surfer Rosa was just a taste of what they were going to do. Three decades on, and it is still a hugely popular and well respected record. So many have citied it as the force that got them wanting to start a band. It is one of those records that stay with you, and every time you listen to it you get that same excitement taking over you. It always feels brand new when you listen to it.

Surfer Rosa may not have been an instant ground-breaker, but over time it most certainly became such an important record. The Pixies are a band that have to be played loud. They just need to be heard, after all this time they still need to be heard.

We will never get a record like this. It is one of those records that is so sacred and you can’t imagine yourself feeling this way about any other band or record. But then you delve deeply into The Pixies records and you hear it. You hear the genius even more with every record. But there is something about Surfer Rosa. Maybe it is because it’s the debut, or maybe because it truly is a ma