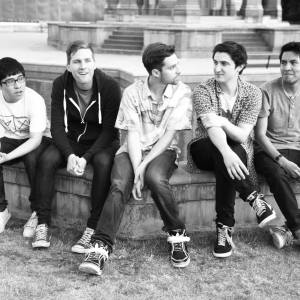 The Savage Nomads are quite frankly, one of the best bands around. They’ve been around for quite a while and they undoubtedly one of the best bands in London right now, but let’s just ignore how big London is and say they are one of the best bands around, end of. Their sound is like nothing else, and I’m aware how horrifically clichéd that sounds. But I’ve really not heard a band like The Savage Nomads in a long time. Cole Salewicz’s voice is pure and angelic, but there’s a taste of urgency in the way he sings. His voice can break your heart and make you want to dance all at once. A charismatic front-man for sure.

The Savage Nomads are a band that are destined to be around for decades to come. With their unapologetic sound and unified stance on how they make music; you can tell it just means everything to them. When a band have this quality, it is so easy to believe in them. They’ve come so far in the past few years, and honestly there is no denying they are going to go further. A lot of bands seem to sound quite similar. I’m not knocking them because I’m a fan of some of them; it’s just how it is. Certain styles are more “known” than other. What sound do The Savage Nomads have? I have no idea. All I know there is a real essence of soul in each member of the band. Take the song An Empty Seat. It’s one hell of a song with a Funk based bass-line flowing through it. If you don’t feel the urge to dance to this, then you’re not listening right.

For those who are fans of Television, there’s a bit of a resemblance here. I can’t pin point exactly what it is, maybe it is the sheer genius of The Savage Nomads that’s really close to Television. I’ll go with that, it’s as close as I can get. I’d love to hear The Savage Nomads take on a song by Television. The relaxed and cool vibe within their music is freeing and just an absolute delight to listen.

I’d like to talk about their new single, Jaded Edges which is a glorious anthem of a tune. This is made for sweaty venues where your standing so close to strangers, you cannot help but move with them in a unified fashion. There’s something beautifully seductive about this song; for anyone who’s never heard of them before and this is your first time- this song is going to be the one that lures you. Head to those pretentious Indie clubs, and ask for this to be played. You’ll soon see those oversized spectacle wearing “bored” fools get up and dance. If they don’t, then they’ve probably bored themselves to death. The Savage Nomads are one of London’s finest and I can only hope that they just take the rest of the country over. The world is next, but start at home first.

You can purchase Jaded Edges from here: http://savagenomads.bandcamp.com/track/jaded-edges and you can listen to the rest of their hypnotic songs here: https://soundcloud.com/the-savage-nomads

Get on board with one of the UK’s most exciting bands; with a Psychedelic aura and a Soul backbone, The Savage Nomads are just made to be your favourite (new) band.